Aledorn.
/ Blog - EN / The beginning of the project and preparing a campaign on Kickstarter

The beginning of the project and preparing a campaign on Kickstarter

In early summer 2013 work started, with graphics being our primary concern – how to do it, what the outcome should look like, etc. We had access to MOCAP thanks to SPAFI, so after a few shooting days, we acquired about five hundred “takes” (take is a term from MOCAP, one take is one precise move › T-pose – animation – T póza).

According to preliminary list we had about 80 – 90% humanoid animations. Unfortunately things are not as easy as it sounds like, each Take needs to be specialy prepared for port to Unity, Tomas Studnicka and Daniel Nezmar took the job on.

Next in queue was planning how to approach environment graphics. The classical path is sketch/art › models + textures › level design, unfortunately we could not afford this due to project size and lack of resources.

We decided that we will go and buy assets on the market and build the environment from ready made assets. We spent several months going through various asset databases, as nowadays the supply is vast. Alas, this approach is not without faults either, the biggest problem is asset compatibility. While an individual asset may look great by itself, put together with items from different sets the result may not be exactly palable. Another problem to solve. 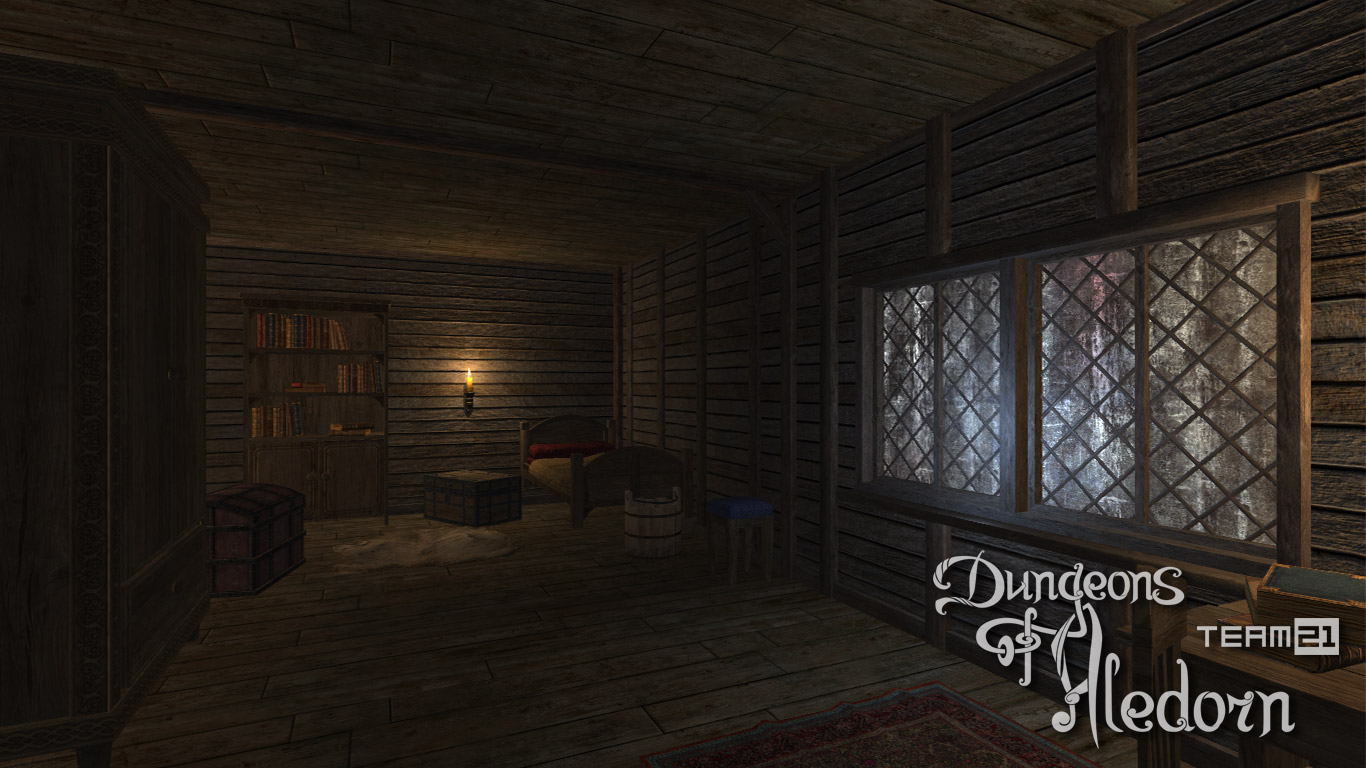 We started to build first location – I did the initial level design (map with description) and based on this Daniel and Jarda started to build the level using the purchased assets. We have been moving forth using this method for the whole time since.

With first locations in existence and first game mechanics in place (fights, clickable objects, etc.) we decided to go and try to raise funds via crowdfunding. I believe the term is firly well known so just briefly:

The usual funding in industry is a large investor puts his money in a project and then – if the project is successful – gets majority of the proceedings. Crowdfunding is slightly different: money dont come from one large investor, but a lot of small investors pool money in order to get a reward (be it free product, special in-game advantage, etc.). We have been weighting all possible crowdfunding platforms (each has different pros and cons) and decided we will go with the most known one – Kickstarter.

Kickstarter has the largest audience, but getting on is not exactly easy for a small company from the centre of Europe, there are many rules and restrictions, KS is not available for companies from all countries, so we had to find a company, or a person, with residence in one of locations where KS operates. Daniel managed to find someone in the US who helped us post our project on KS.

Getting on Kickstarter is one thing, succeeding is another. In the spring 2014 we started to research how exactly KS operates and what you need to ensure for a successful campaign. These days there are lot of articles providing advice, back then KS was rather new(ish) and information was not as plentiful, so we had to dig hard to get at least something. So what we did was:

– research of similar projects, both successful and unsuccessful

We managed to find about 30 similar projects and looked at all their aspects – websites, campaign sites, goals, target audience, marketing, etc. We connected all the dots and decided what we beileved our campaign should look like, what we should not repeat and what to add to our project in order to make it more appealing.

Consultation with people who already had experience with Kickstarter

We managed to meet with several other project managers in order to mine as much information regarding what to do and especially regarding what to avoid. At that time there were only 2 successful Czech campaigns, so naturally we did seek advice from them.

The page is the face of the project, so you have to make it as good as you can. Cynically said – accuracy of information is not the prime concern, large majority of projects on KS work like that, you dont lie, but you embelish the truth. Its promo. You use screens that may not make it to final version, situations and mechanics that are half-baked and so on. You are selling a product that is in early stage of development, but you need to present it in a way that it looks like most of work is already done. If you put just a vision, you will fail – unless you have a strong name, or brand.

This is a really difficult part of preparation, get your name out there, so you have a head start. We decided to spam a lot of regular “news”, articles posted in all sorts of fantasy channels, sites and forums. Every week we revealed one or two small updates on the game development for a period of about a quarter. Of course we had lot of those prepared in advance, as development usually doesnt progress that rapidly.

Some groups started to threaten us with ban, so we lowered the frequence, still our threads started to gather more and more followers. We reached “magical” threshold of 2000 fans on Facebook. This became a good stepping stone for KS campaign launch.

During KS campaign it is necessary to keep adding new and new updates, to keep the project alive. Those may look like the they were made “just now”, but opposite is true. Majority of them are ready well in advance and have a set schedule for gradual release. They have to be prepared and at hand, because the campaign period is hectic and unless you have large team at your disposal, you wont have time to write them.

Should we, or should we not hire a professional PR advisor? That was a point for long arguments within the team. Till this very day I am not sure if we reaped benefits greater or equal to the cost, but Daniel decided we will need to invest something. We contracted an external agency and hired an employee to help us out with running the campaign. As I mentioned, still dont know to which extent it helped.

With all these things set, we could kick start the Kickstarter campaign, but lets leave that for another day.