Something ends, something begins.

Whats the current state of affairs? Well, to be honest, rainbows and unicorns 🙂 Leaving Team21 has been a great relief for both myself and Arbiter and work has been progressing faster than ever. I worked on Aledorn in every spare moment for the whole summer and my enthusiasm managed to “imfect” Arb as well. But lets not get ahead of things.

First thing to follow through was to assess what we can and cannot use from all the work done so far. This was essential to avoid any future complications and quarrels with Team21. This has been described in previous blog post, so I will not get into it here.

Next step was to sort a lot of materiel we gathered during previous development, planning and discussions. This took us lot of time and effort and for example we threw out all the graphics.

Another point was to decide what exact steps we need to do to move on. The agreement was clear – first we will make one new location of each type – dungeon (combat and non-combat scene), battleground (fight only location), interior (noncombat location), town exterior and rural exterior. 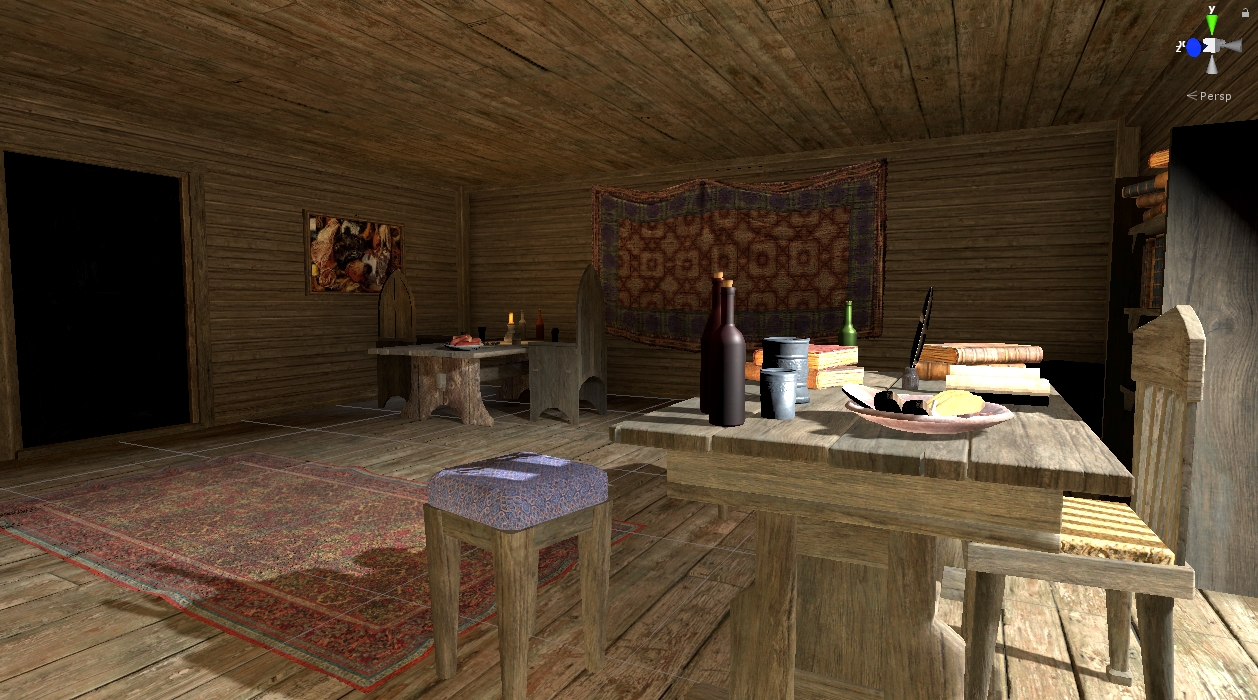 To be able to do this we needed building blocks. I volunteered to go through various asset databases and sort out those that might come handy for future development. I then did proceed to buy about 500 USD worth assets that Arbiter approved and then we started with large scale sorting, cataloguing and taging. The output was the first version of our internal asset database.

I then used this database to build my very first location, which was a reincarnation of the first location we build few years ago in Team21 – the Lower Deck (non-combat interior). Surprising enough the work progressed really well and in about a day worth of work I had it done and ready. With my spirits lifted by this early success I proceeded to create second one, Merchant quarter of Lim, the capital city.

Outside of the development itself things started to happen as well. After leaving Team21 people who worked on Dungeons of Aledorn started to reach out (Yeve, Jan Říha, Jaroslav and others), they all did congratulate us on the step and voiced their support and told us its just shame we didnt do it earlier. This was a huge morale boost for us, which cemented our resolve.

Another important piece was outward presentation. In other words new name for the game, for the new company and new logo. After loads of discussions we decided to keep the name of the game more or less, we altered it a little bit, so instead of Dungeons of Aledorn it is just Aledorn now. Question of the name for our team remained, I came up with “NoEZ Games” or phonetic for “No Easy Games”. We are trying to make game for hardcore gamers and it doesnt sound half bad as well, Arb did like it as well, so here we are: a duo of game designers (re)starting their bid to create a successful RPG game 🙂

Another crucial step was to find a new graphic designer, as we wouldnt be able to finish without one. Times of text based computer games are about two decades past. We can build a lot of locations using prefabricated assets, but there is still the question of characters and their accessories. We needed a specialist.

We sent word out that we are looking for a graphic designer (thanks games.cz !) and few candidates contacted us, after couple of interviews we struck a deal with one of them – Václav “Drakojeb” Rod, whose specialty is just that – characters, clothing, armor, etc. At the same time Jarda (our ex-associate from Team21) reached out and offered help, he returned to Aledorn for third time now, but we hope this time for real 🙂

With this post I would like to close a chapter of my life labeled “Team21”. You win some, you lose some, but you carry the experience over and hopefully this will help us to finish our dream hat started about 7 years ago. From this time on I will focus my blog on current development progress reports rather than poking in the past, so hold on tight.