We were very much hyped after leaving TEAM21 and got down to business straight away. As I mentioned in one of my previous postst we needed to create one location of each type, so we started with what we thought is going to be easiest – interior.

The truth is that basic level design was not too complicated, it is pretty much like playing with Lego, when you have limited block selection, but when you miss one real hard, you can either build or buy it.

Of course we ran into a number of small and big problems, one of the most pressing ones were lights – where to put light probes, where to put reflex probes, what should be dynamic, etc.

But now back to what has been achieved and what I want to present to you – the environment. As I wrote before graphics had to be built from scratch again, so along with asset database we started to build first locations as well. You will see yourselves that we have plenty already. I will be posting screens of every location we made in past half a year.

Very first location the players will see is the ship hold – a tutorial for first person GUI control. Player will have the chance to learn to interact with the environment, check the lightwork, etc.

In the second scene players are going to face their first enemy, learn basics of the combat system. 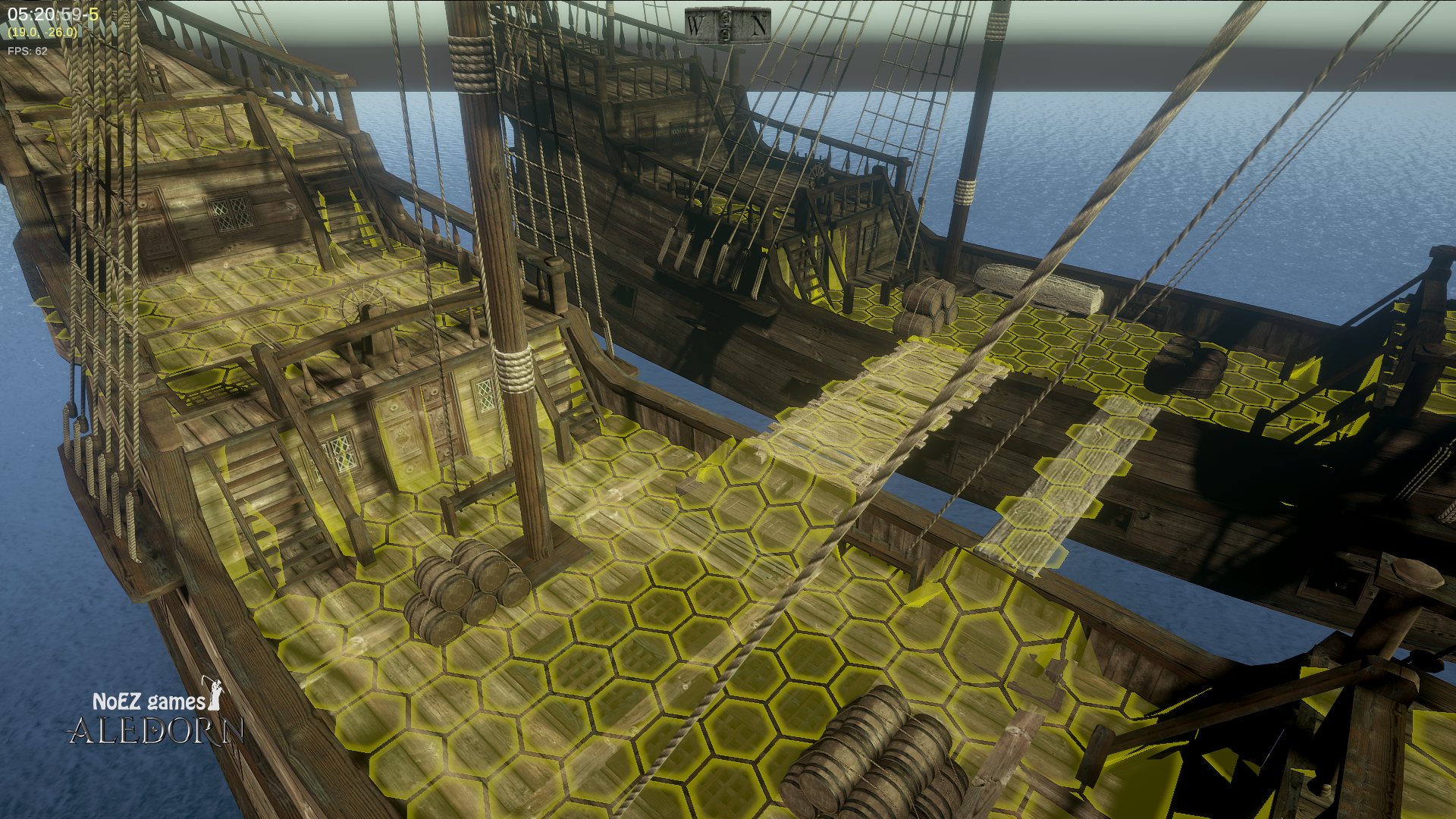 After this players are going to be tossed right in the game – harbor city of Lim, the capital city, which will be divided into 4 quarters. 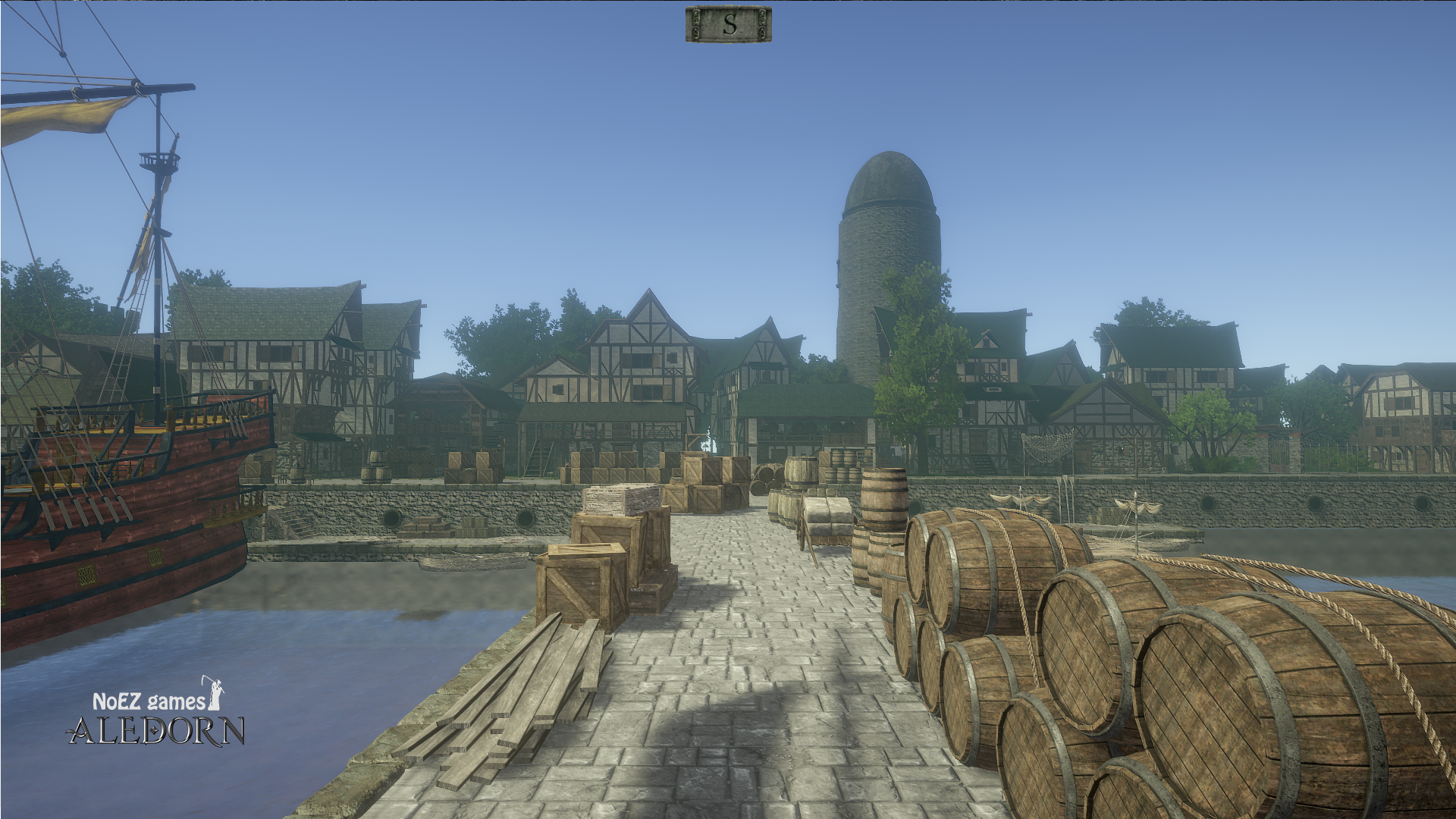 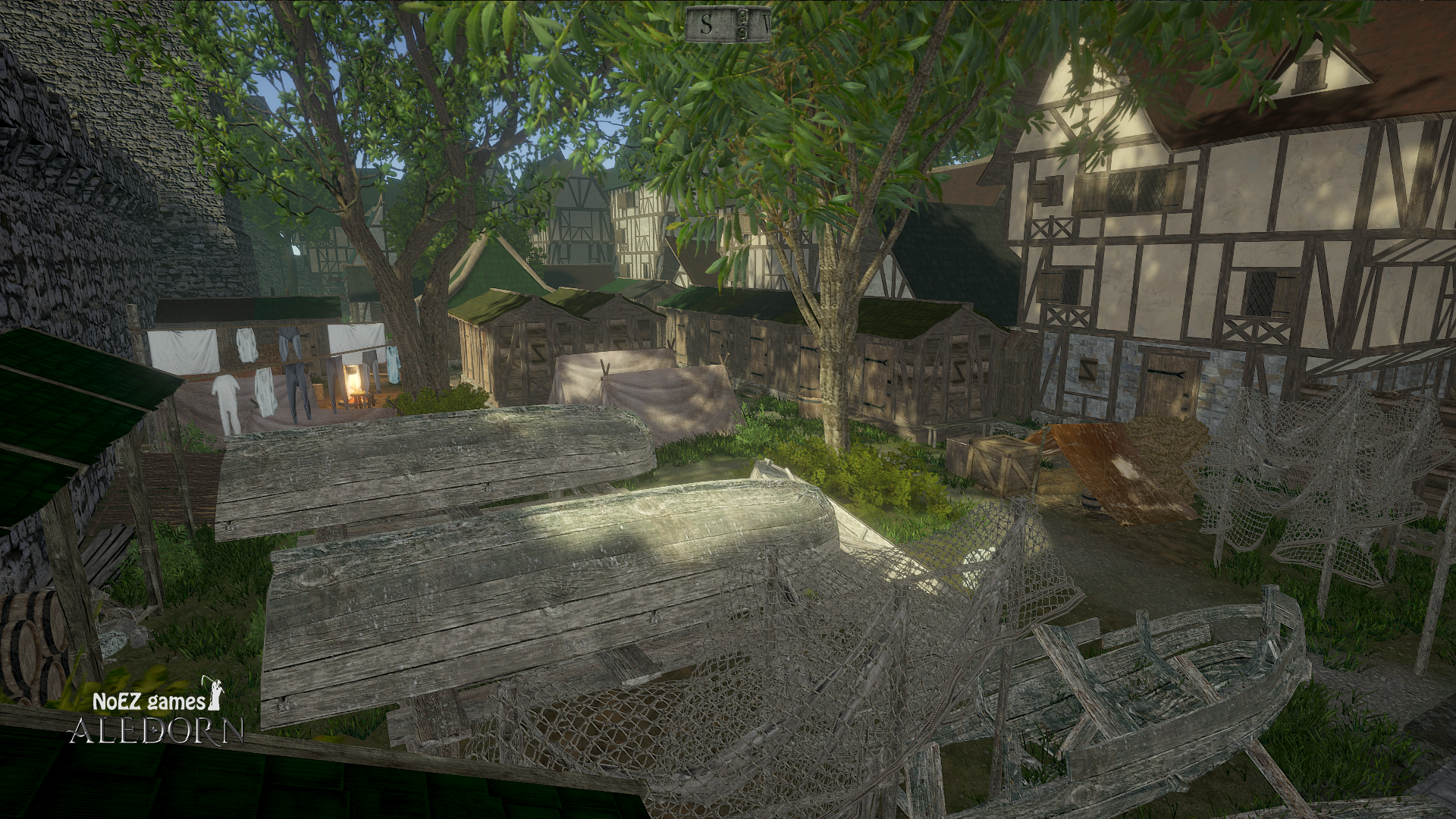 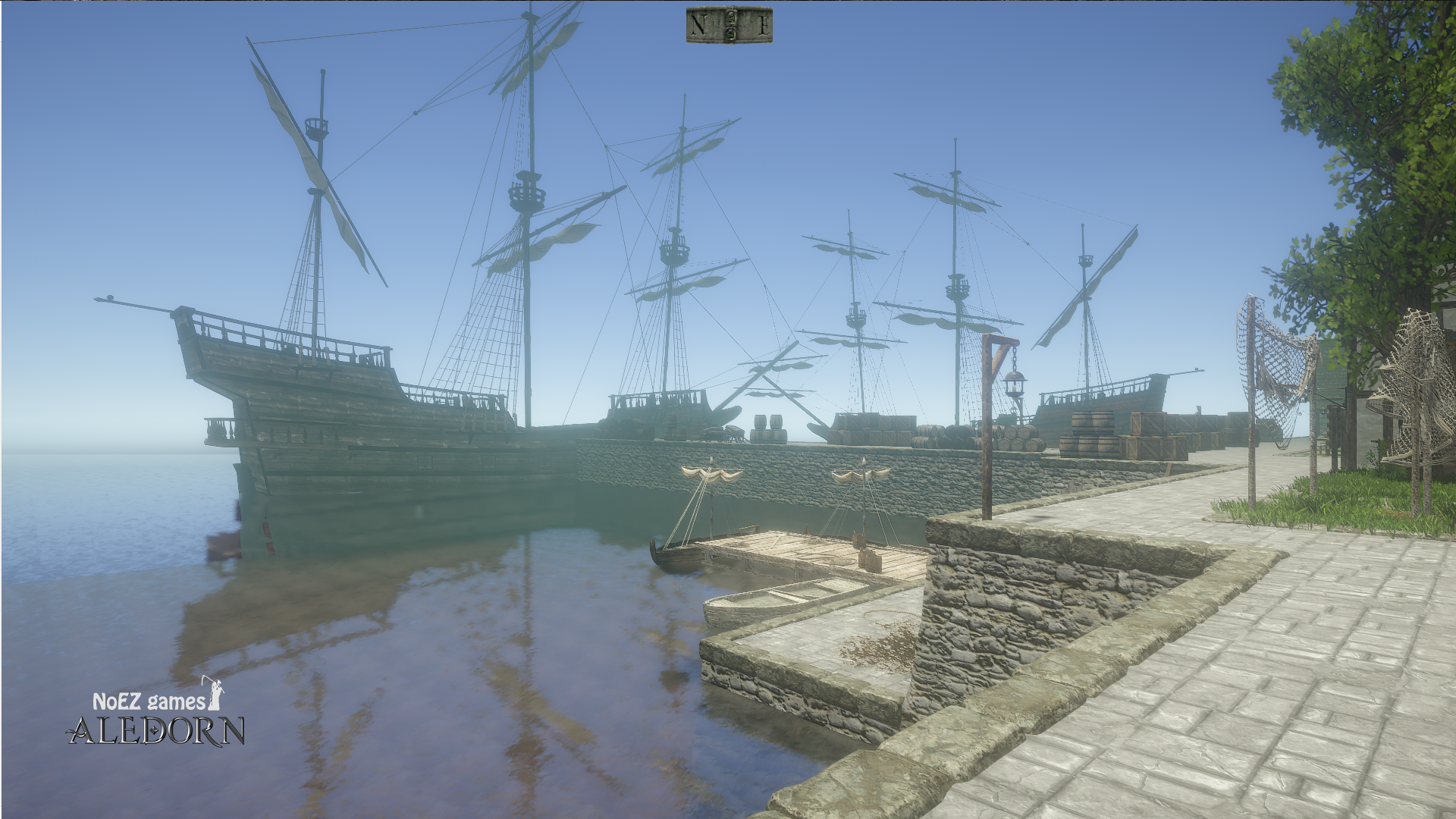 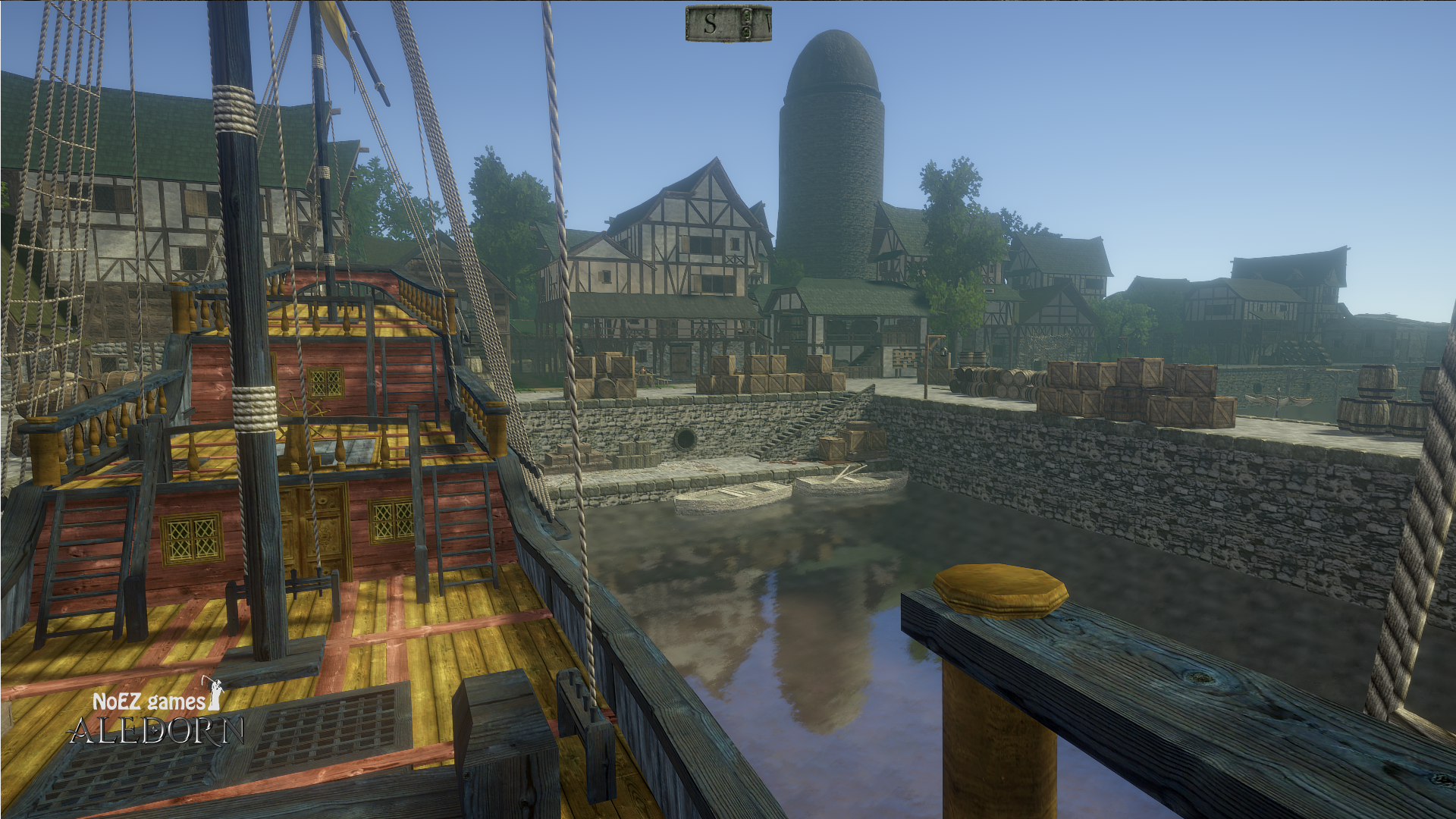 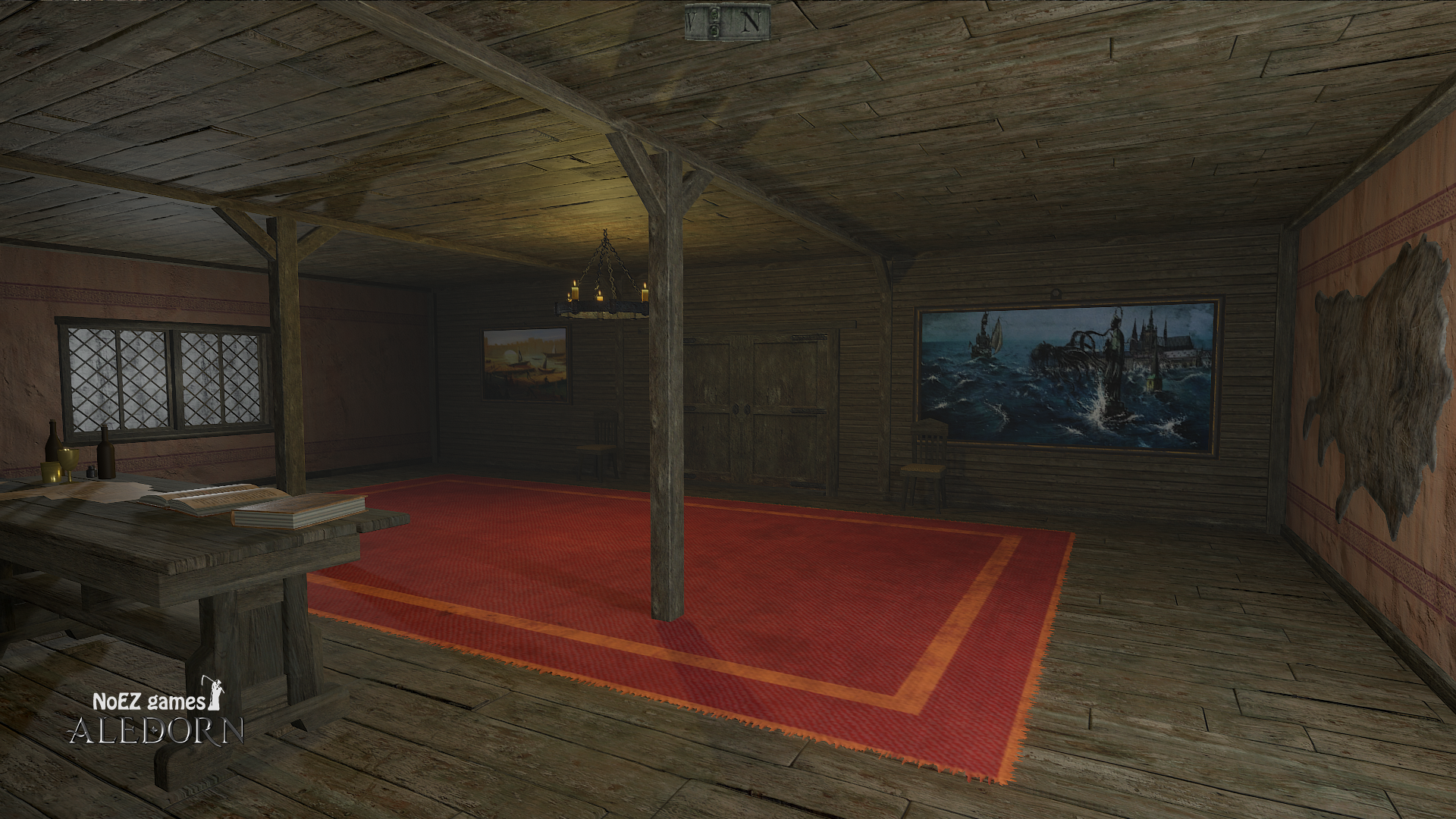 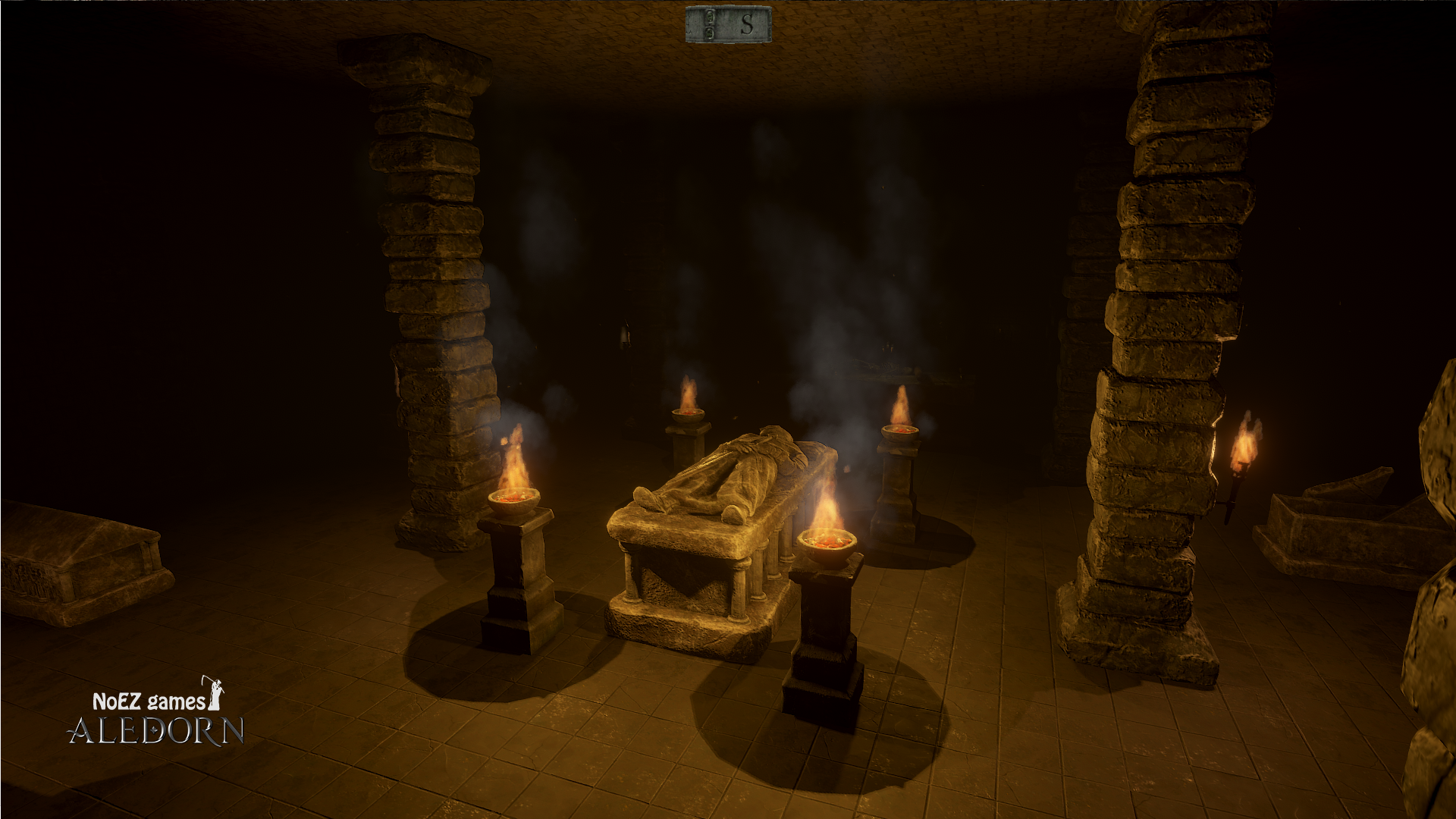 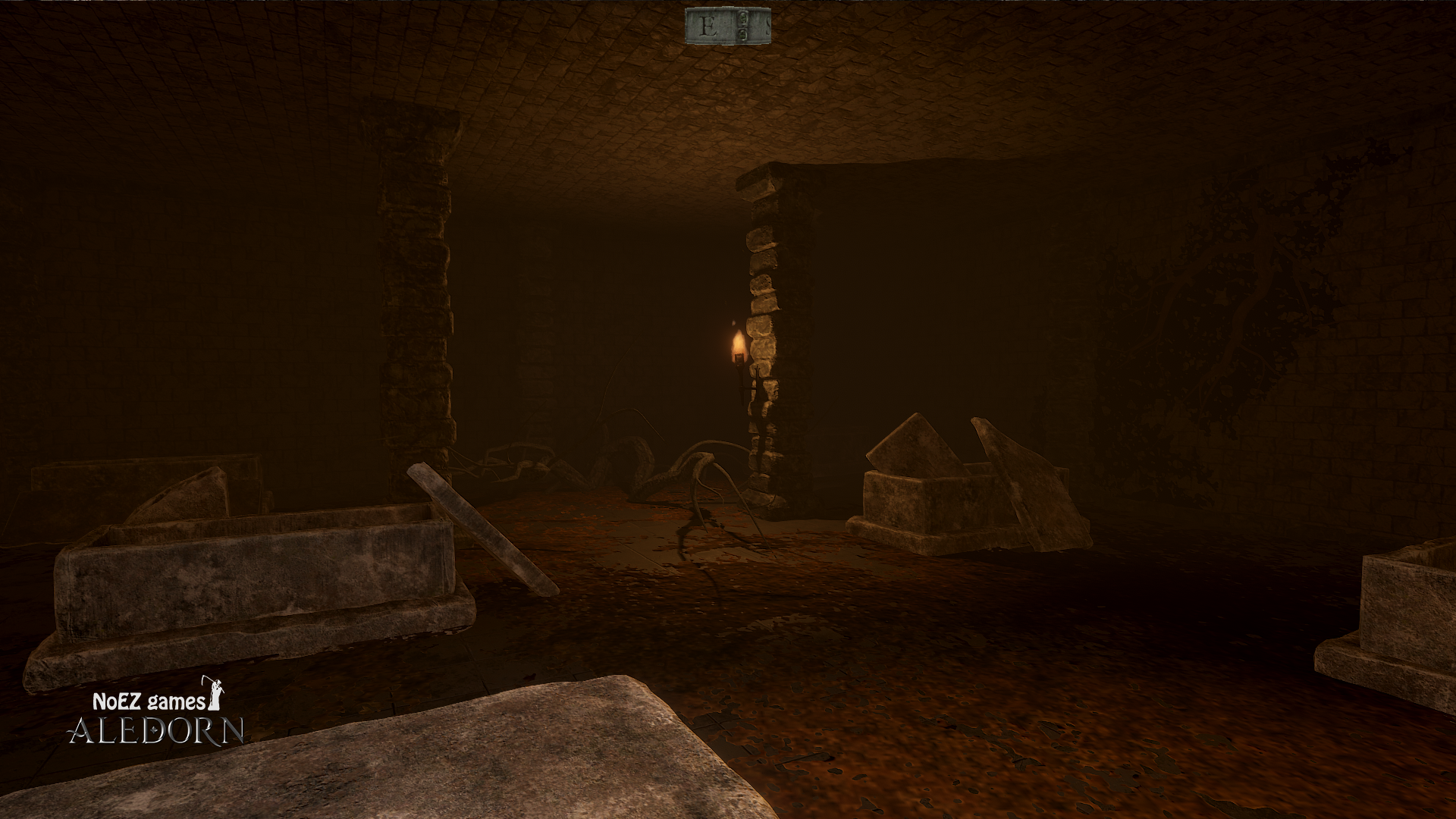 To save some space and not to spoil much, I am not going to describe other screens. You can see scenes representing elements of the game – dungeons, interiors, combat interiors, battlegrounds, exteriors, caves, mines, etc. 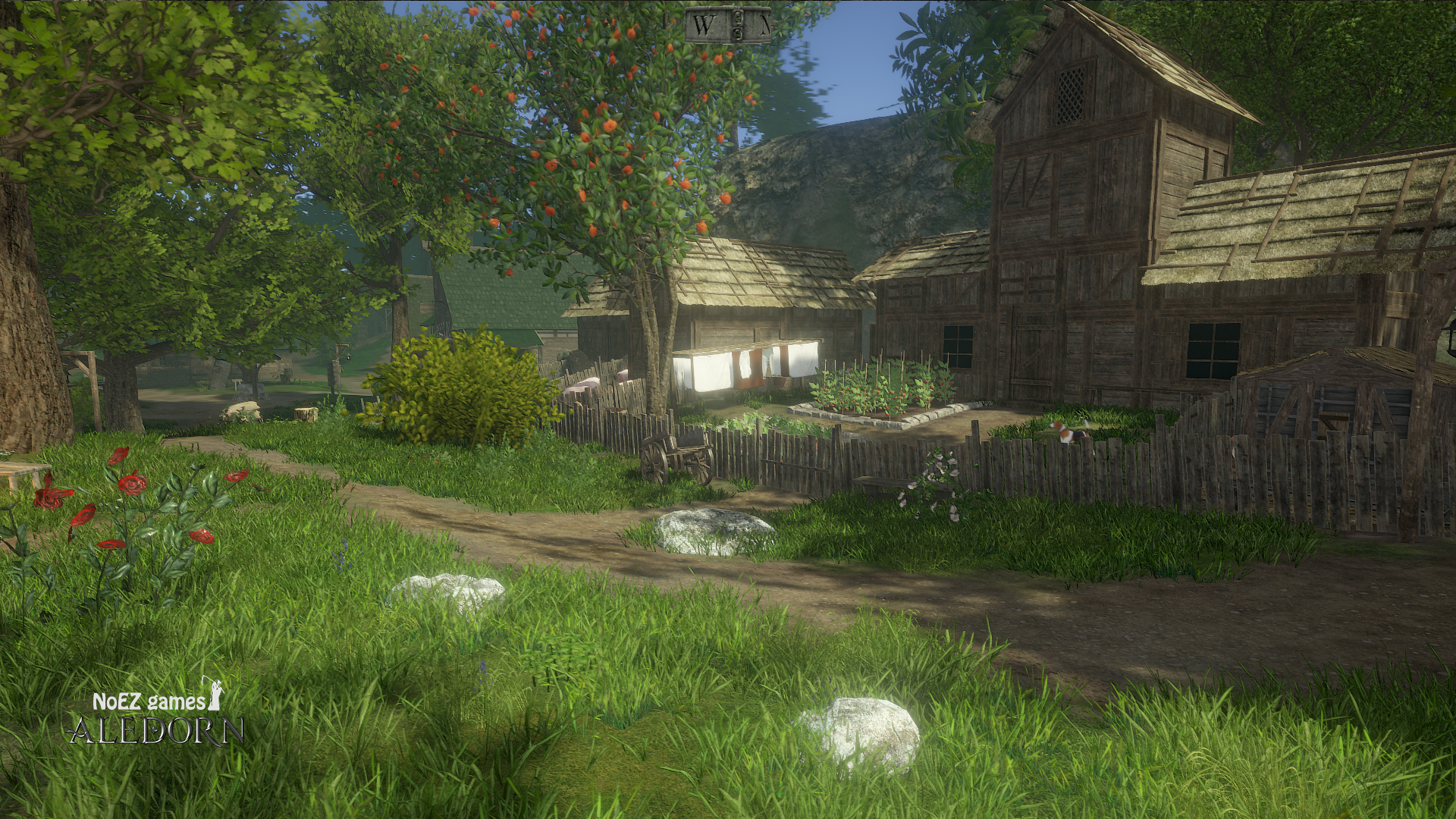 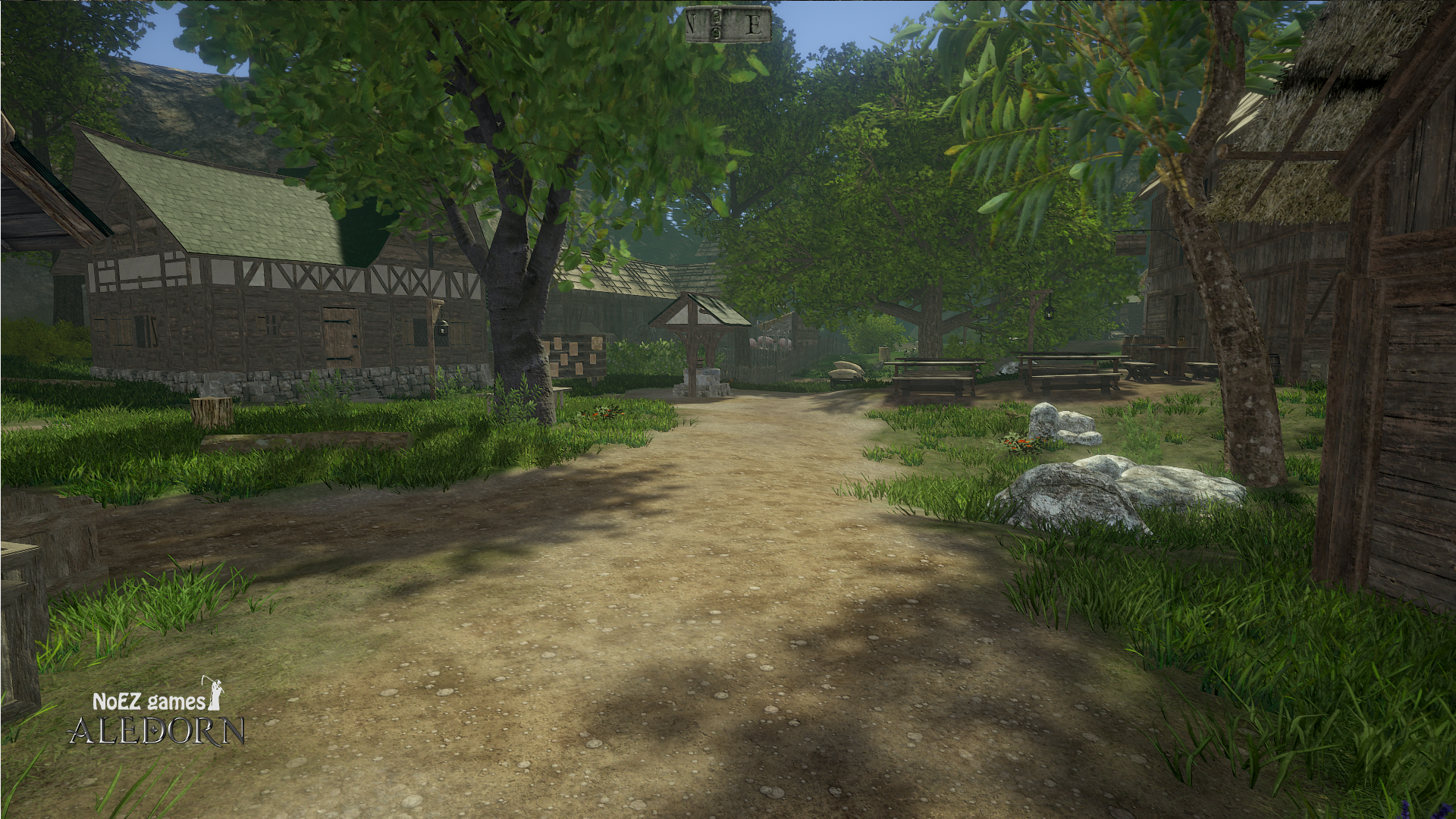 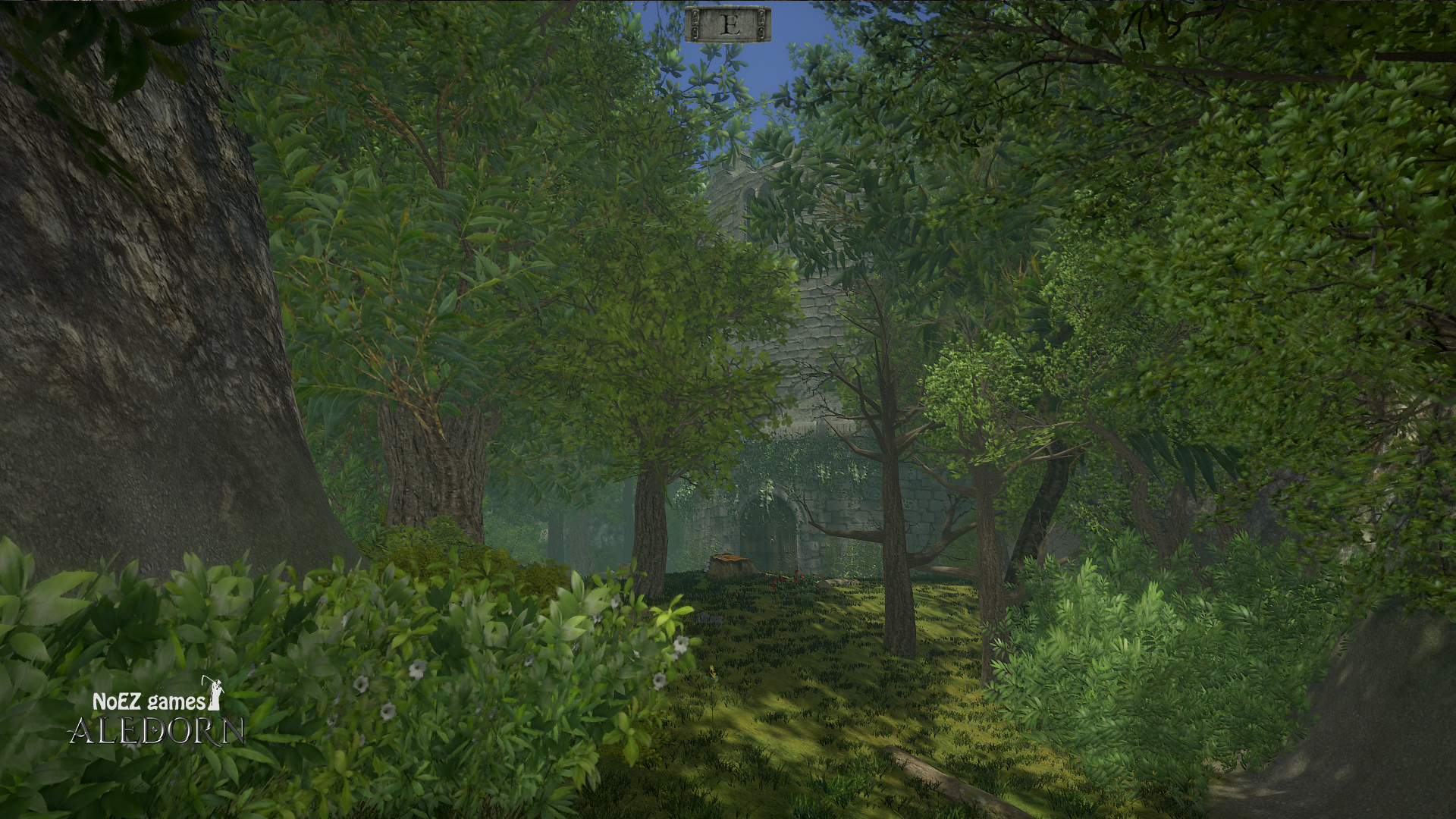 We didn’t focus just on level design (of course). As we were working in Unity we stumbled upon its rough edges and deficiencies, so we developed various tools that bring significant quality of life improvements for all involved in development.

One example for all is e.g. “RandomPrefabSpawner”. If you put any prefab (think of it as a building block) on the scene, you are adding it via drag and drop menu from DB and then put it in place. This is of course all fine if you are creating unique environment, but if you want something more generic (forests, fields, etc.) then things get tiresome – imagine placing every tree and bush into the setting manually. So we decided to create a tool to help us out – RandomPrefabSpawner – you just dump prefabs in, set occurrence probability, rotation, scale, etc. and place prefabs by simple clicks. Don’t like the outcome? Trusty “Ctrl+Z“ will undo what is needed. This tool meant massive increase of level design effectivity. This is just one of dozens other tools that we have at hand and we are truly glad that Unity allows to integrate these functions, but of course we couldnt do that without a skilled and experienced programmer and fortunately Arb is just that.

Because lighting will play important role in Aledorn – especially in fights – we had to transfer all the rules from paper to the game, which is already done, so let me walk you through very quickly: Every hex in the game can have just three types of lighting conditions – no light, partial light, full light. This affects ranged combat primarily, but many other things work with light&darkness. The calculations are based on many things – amount and types of light sources, location, distance, etc., so if there are multiple light sources giving partial lighting conditions, they may create full light on certain hexes. See the “gif” below for better explanation.

If you remember what I wrote about weak spots of our two man team, you might recall that it was mainly the characters and their clothing (not ours 😉 ). We were looking very hard to enlist some help and for a while things were looking good, our old auxiliary graphic designers Jarda and Václav joined us, but even though Jarda was very enthusiastic in the beginning, he decided to back out in the end and though our cooperation with Václav lasted longer, he found a full time job and no longer had time to do character and clothing design.

Me and Arb had a brainstorming session, discussing the complicated situation. In the end we decided for the way of least resistance – “makehuman” program, which is free and to be honest quite sufficient. Characters created by makehuman are not as good as those you can design in Mixamo, or even those hand made, but it brings a great cost and work savings. 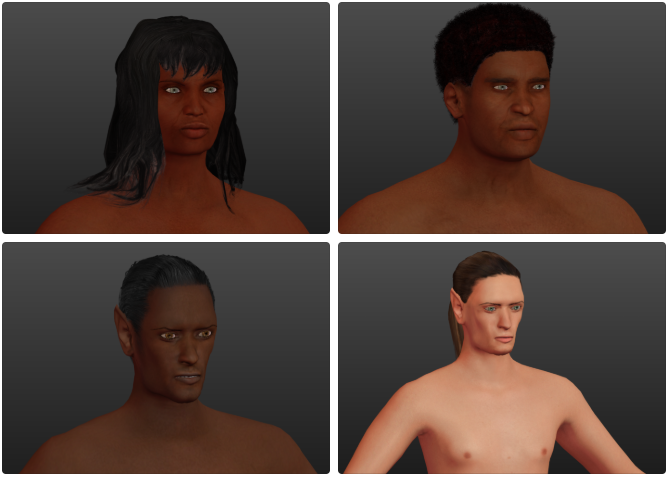 Last problem was clothing, we tried to comb throughseveral asset DBs to see if things have changed in past few months and – to our surprise – it had! We found couple of decent databases of light and heavy armour, which cover about 60 per cent of our current needs, but we needed someone to apply the finishing touch in order to make sure our newly acquired assets match our models. We have been lucky to find a new colleague Daniela who started to work on our armours right away and if she keeps the pace and spirit, we will be able to provide clothing for all our characters in no time.

Not sure how but it seems like our little project is acquiring some fame, as we were contacted by another upstart graphic designer Honza. He started to work for us about a month ago and – among other things – currently works on sets of luggage (backpacks, rucksacks, bags) which we didn’t have at all so far. He also helps Daniela with clothing, so we are even more hopeful to have that piece of jigsaw puzzle put in place soon. 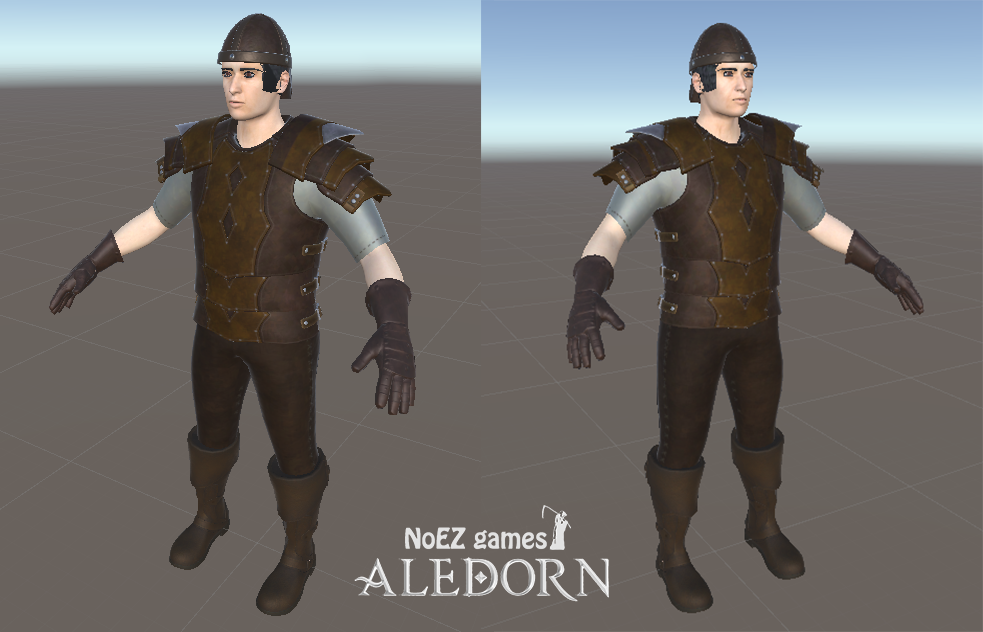 Last element I am going to unveil is the new Day/Night cycle, which now work in interiors as well – you can for example see that light coming through windows changes with time, street lighting plays role as well.

I hope you liked this update and that it kindled the flame of hope of seeing the game soon in hearts of our remaining supports.