Reality in the turn based system

As I wrote in a previous blog and in my combat mechanics, this is mainly about reality . I imagined a good fight from a film and I said: ‘ this is what a fight to the death by experienced fighters should look like. ” For me, there was a hilarious fight in the movie The Bourne Ultimatum (incidentally, the whole trilogy is absolutely great => highly recommended). In this fight were two well-trained agents fighting against each other who attacked each other simply with what was available at hand, which is exactly as it should be. Now it’s just a matter of how something like this can get into games and into the whole system.

Let me tell you , it’s not exactly easy. But when one tries to do something difficult , it must be started gradually from scratch. So I took the system based on action points and their implimentation in different events, and used that to determine what a chatacter can do. If you create a sufficiently large enough number of events , the player will really be able to do almost anything. The question is, of course, whether it would still be fun . It might be easy to state the character must kick a rat rather than a human, but it may take many seconds to select from a list of actions what you actually want your character to do 🙂 .

The effect of load

We must create a balance between playability and realism, it is simply unavoidable. Okay, well, what they really want to have. I have not addressed the actions that are obvious such as attack, magic, walk, etc. These are essentail actions, as without them there wouldn’t be much fighting in it, but I solved those that are often neglected. For example, the players hated load => load and its impact on the fight. ‘This is exactly what you want munchkin, but unfortunately if I want to have a real fight I have to somehow incorporate it’. Remember the Dungeon Master? There it was. The load in this game and the swiftness of the party since the battle took place in real time, and combat readiness, was excellent. That’s what I moved into my game.

Figure 1 – Load in Dungeon Master II. The gray color of the text meant it was without limitation, yellow indicated it was lightly loaded (partial reduction of mobility, but still playable). Red meant overloading and in this state the game was almost unplayable …

With an increase in load, it causes a decrease in AP (action points). Frustrating, is not it? But to be really fair, so tell me, what prevents adventurer taking off his backpack when the closest enemy is 10 yards away. So for some AP, the adventurer will be able to take off the backpack and put it on the ground. By the hex in front of him appears a “container” with his equipment. When he runs around the battlefield and finds that he needs something from his backpack, then he is just out of luck. However, the reduction in AP for the loaded backpack will be negated.

Another thing I would really like to have in the game mechanics outnumbered. After all, should be a big difference in how you fight 5x single skeleton or five at a time. To this end, I will take a few drives. The first one is the consumption of AB while moving around enemies. It should be a big difference, and I’m running through the terrain to the enemy, or trying to run between them. Here we add AB for each adjacent hex occupied by enemy units. In practice this will mean that if you move one hex will stand as one AB, then popojít one hex when I’m surrounded by three enemies would cost me 4 AB. This solves difficult escape, or enemies of the revolution.

But this does not resolve the fight itself. For this purpose, introduce the mechanics performance Defense: any failed attempt to attack the character always has some reductions. The point is that with every dodge I use up a certain amount of energy, even though the attack was worth rubbish. The last thing in this respect, I introduce the so-called ‘Active Defense’. The thing that will make sense is to keep AB to defend against any attack. Thus, the remaining AB should significantly reduce the chance of an attacker to succeed. This is actually clear in that if my character fights against a single target and leaves you at AB always Active Defense, then he should fight a very close fight, as if to me will be kept as 4 attacks per round, then I will have a problem.

For God’s sake no life or hit points

The last thing I would like to say in this blog relates to the understanding of injury in games vs. reality. When someone slashes you strongly I doubt that you would like it if 5 takes away the “life” of 50. This mechanism is utilized in the vast majority of games. I am happy with it, I do not like and want another. It will build on the principle of how much energy it cost me to bounce, dodge, dodge, just to avoid an attack. This will introduce the game to other “stat”, it is stamina (vitality, stamina – I do not know). And I want the ratio between life and stamina to be about 1:9. At the same time, all the “action” will cost stamina – attack, magic, etc … So if a character such as stamina and 25 has four lives, then no one could touch the lives of him until hr uses all of his stamina (this drive will of course apply only to living humanoids and small animals ). 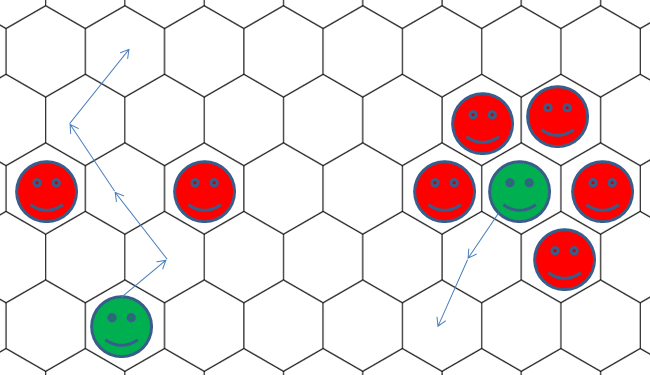 Figure 3-Printscreen the prototype “battle”. It shows that the character has stamina, life and mana.

I’ve said it here before. If I keep the favor, then in other blogs they may learn more about such magic, re-armament, shooting, melee attack, manoeuvres and other aspects of the fight, which I have not yet spoken of.